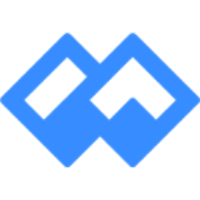 What is an update zone?

An update zone is an area on a board that changes selected Jira properties when an issue is placed within the zone. Use it, for example, when you do remote planning sessions, this way you no longer have to go back and forth between the board and Jira to sync all the issues with the software. With Whiteboards update zones, it’s just a matter of drag and drop.

If you haven’t already, the system will ask you to authorize the connection to Jira to sync fields between the board and your Jira tasks. Once it’s done, you’ll be able to configure the zone and apply custom settings.

When you add the update zone to the board, a modal will show up. On it, select the actions you’d like to trigger when an issue is dragged into the update zone. You also need to choose the Jira site it applies to and one of the following actions:

NOTE: When working in Whiteboards for Jira, you don’t need to select the Jira site - it will automatically apply to the one where you’ve launched the Whiteboards app.

For every action, you will get additional options to set up, specific to that action type:

Once the update zone is configured, all you have to do is simply drag and drop your Jira issue from the board to the update zone area. Place it anywhere within it to run the update action on selected issues. You can drag multiple Jira issues at once.

TIP: Place multiple update zones on top of each other to run multiple actions when issues are dragged and dropped onto them.

If you want to manually trigger the fields update, click the update zone and use the second icon from the left.

If any errors occur in the meantime, view the error log by clicking the third icon from the left.

Other editing options for update zones include: