Using a mobile device is a recommended and in many cases a faster way of synchronizing the physical and digital boards.

Please mind that in order for Agile Cards synchronization algorithm to recognise your cards you must print them with a template with KR codes embedded. Please consult these sections of the documentation to find about KR codes and template editing:

In order to start, please use your mobile device's QR code scanner and scan the board's QR code prepared and printed during the process of board configuration. 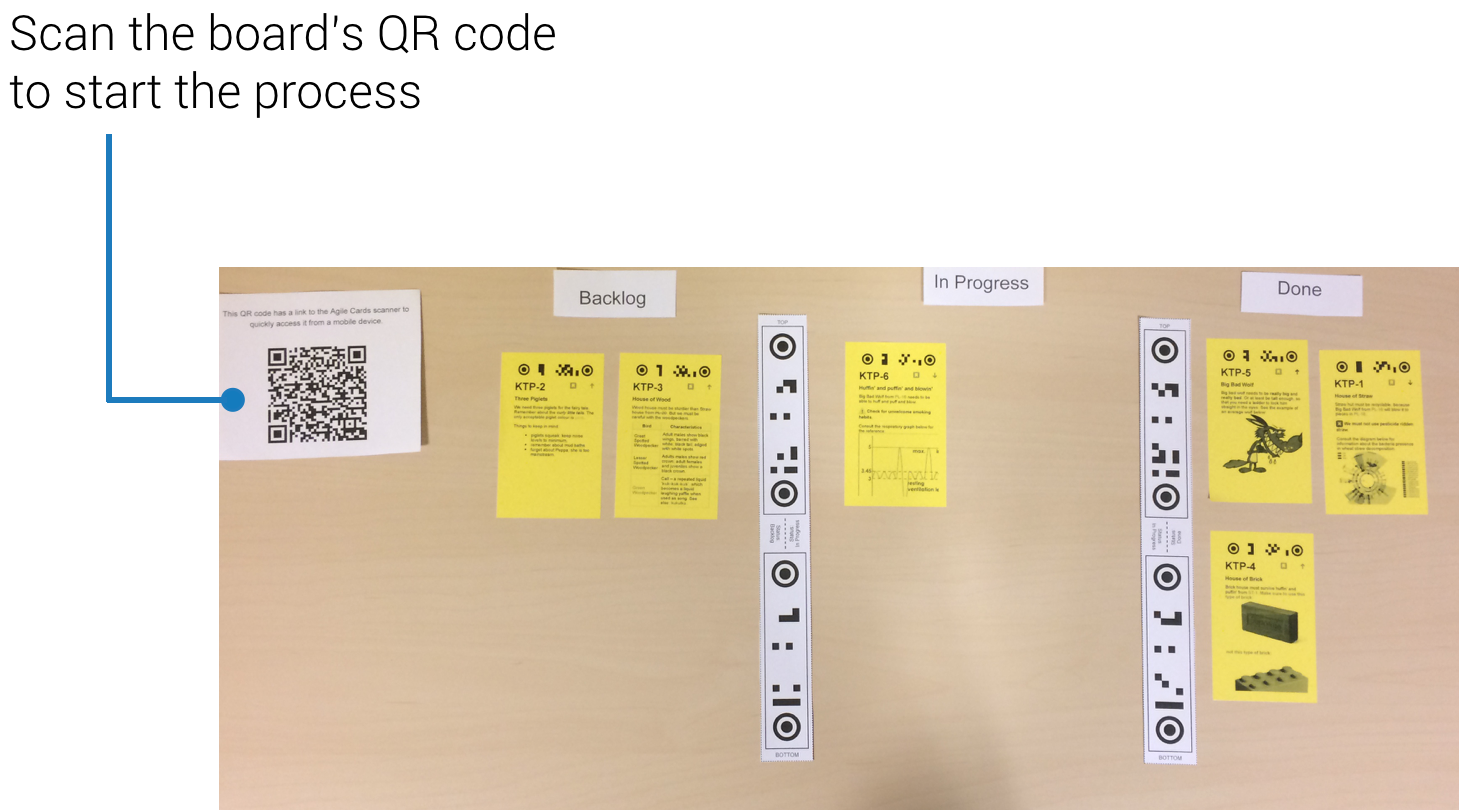 When the QR code has been successfully scanned your mobile device will open a web page served by your instance of Jira.

If for any reason you have not printed or used the QR code for the board, you can still access the same URL. In order to do that you need to open Agile Cards synchronization dialog from the board which you want to synchronize. The QR code will be displayed on the screen of your computer. You can scan it with your mobile device directly from there so that you don't need to type in the address manually.

The URL of the mobile interface of Agile Cards can be bookmarked in your mobile browser for later use.

The page which is displayed on your mobile device next is asking for the board photo. Once you tap the "Take a photo" button you will be provided with a choice to either make a new photo using your mobile device's camera, or to select an existing photo already stored on the device or in the cloud. The format of the former dialog may look slightly different depending on the operating system type and version installed on your mobile device. 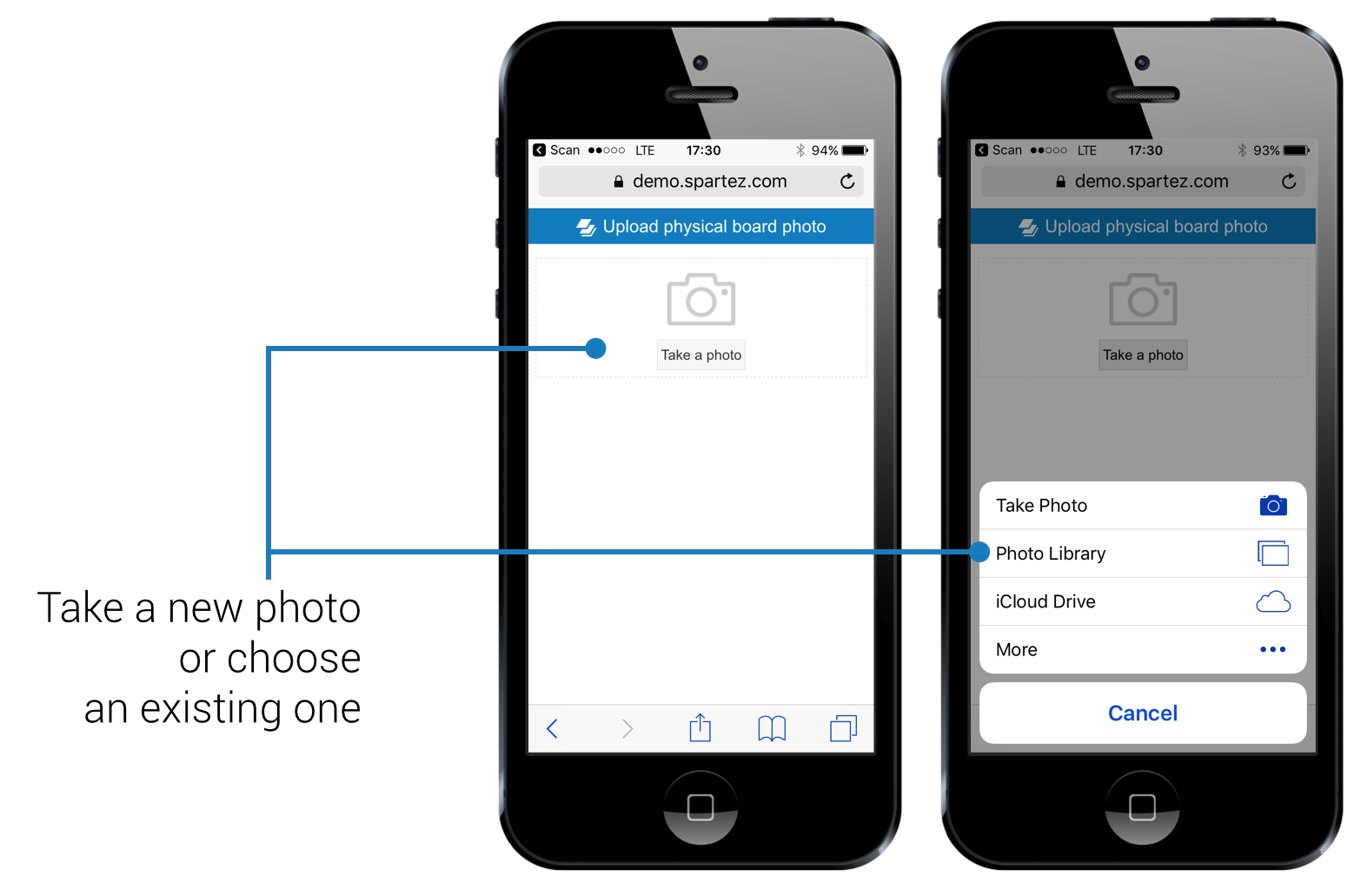 While making the photo please follow a few simple guidelines: 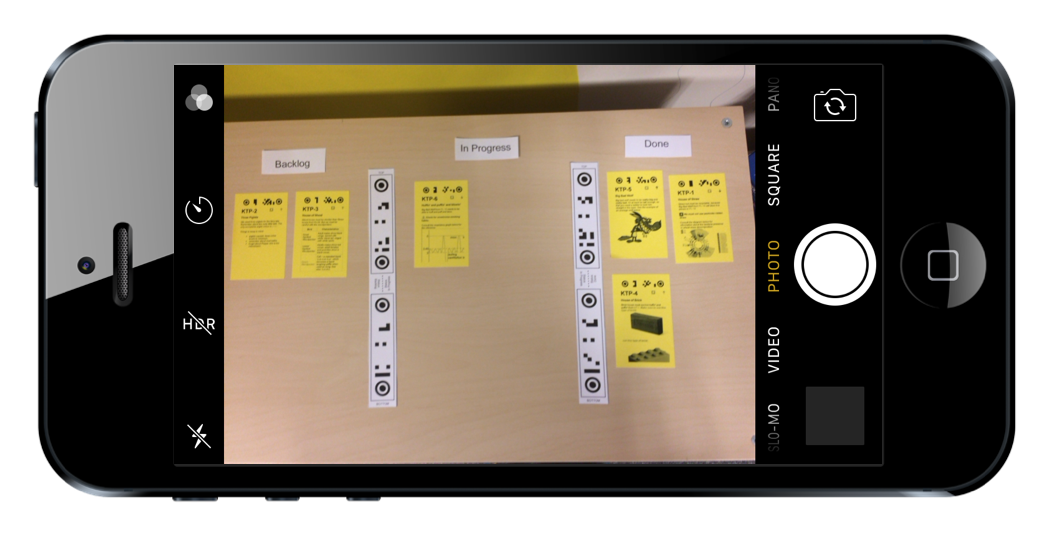 Once the photo is selected the Agile Cards synchronization algorithm will start to process the image. When ready it will show the summary screen with card's identifiers on top of your processed photo as well as details provided further down the page. The identifiers shown in green, such as KTP-2 indicate cards, which have not been moved on the physical board, and thus do not require any update in Jira. The identifiers shown in yellow, such as KTP-6 indicate cards which have moved to a new position on the physical board since the last synchronisation. You may also see errors in red in case Agile Cards has problems identifying the cards. 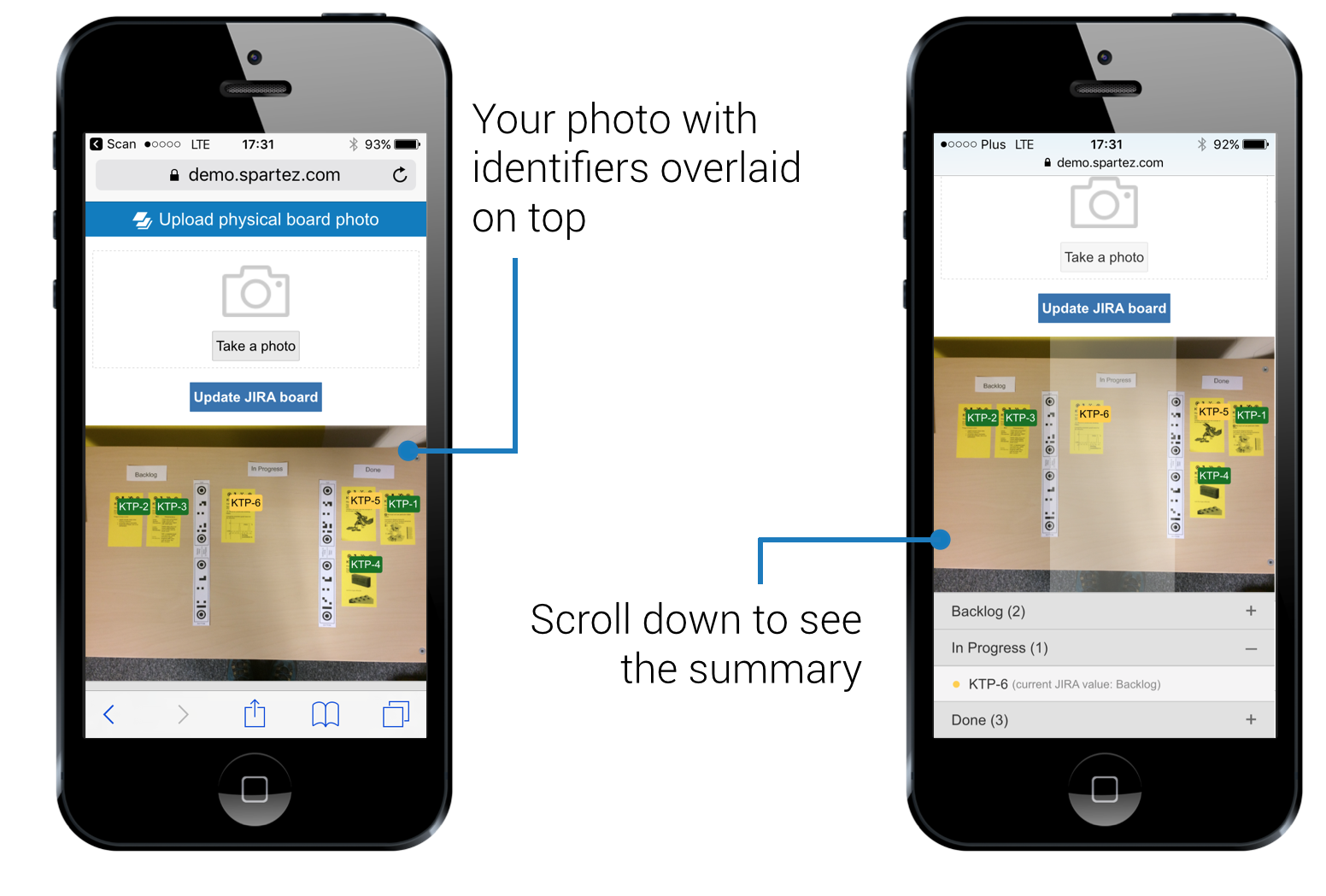 When ready, press the "Update Jira board" button and the cards will be moved in Jira automatically based on their positions identified by the Agile Cards synchronization algorithm. 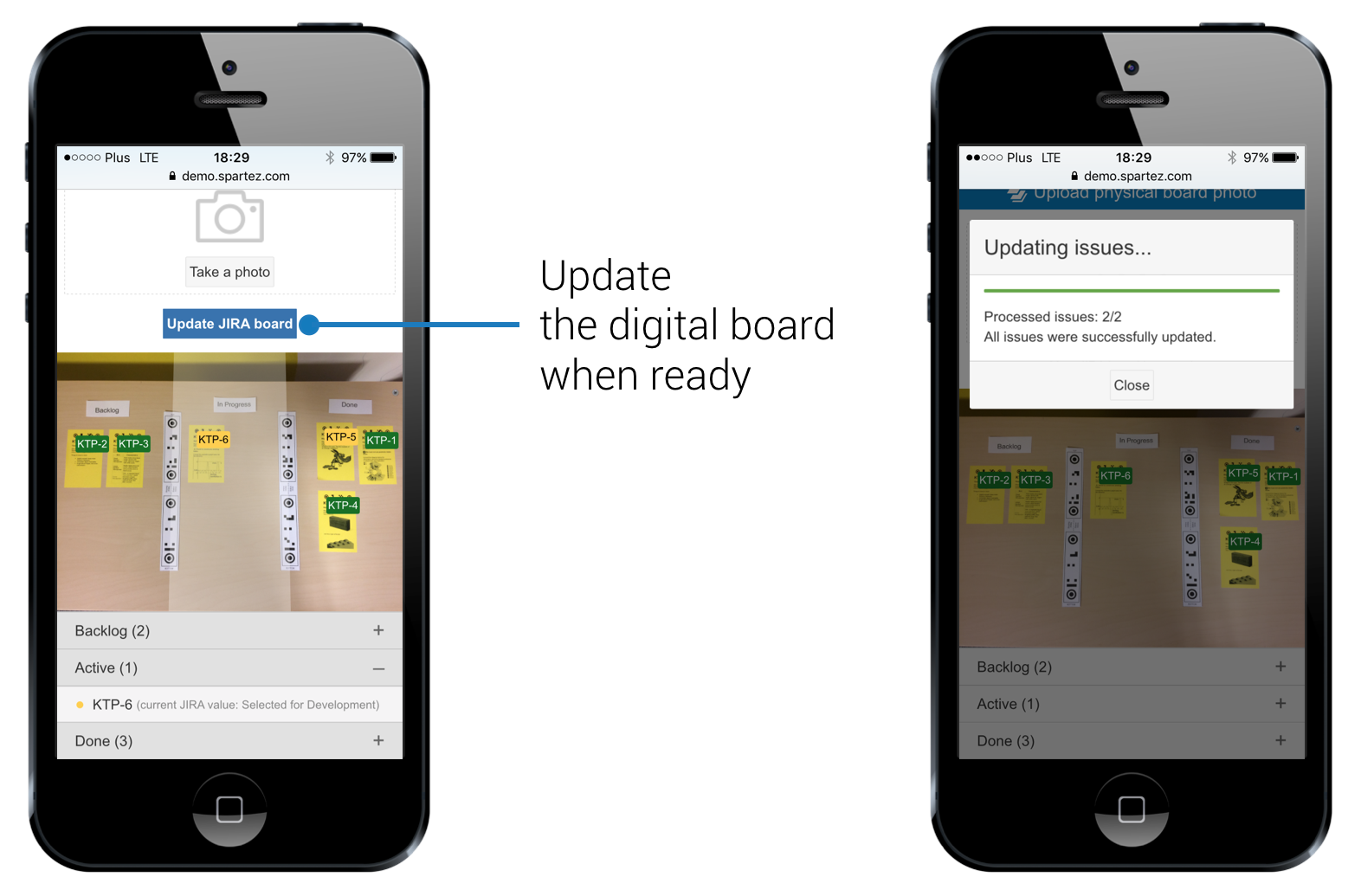